Check it out! The 2020 line up is off the charts! Challenging topics and gripping speakers are sure to ramp up your spiritual fight. Pray fiercely. Live boldly. Trust fully. Teen Track 2020. Join the battle in the fight for your life.

“The name of the Lord is a strong tower; the righteous man runs into it and is safe.” Proverbs 18:10 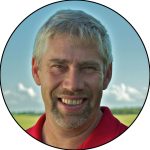 Carl Teichrib is a researcher, writer, and lecturer focusing on the paradigm shift sweeping the Western world, including the challenges and opportunities faced by Christians. Over the years he has attended a range of internationally significant political, religious, and social events in his quest to understand the historical and contemporary forces of transformation – including the Parliament of the Worlds Religions, Burning Man, and the United Nations Millennium Forum.

Since the mid-1990s, Carl’s research has been utilized by numerous authors, media hosts and documentary producers, pastors, professors and students, and interested lay people. From 2007 until the end of 2015, he edited a monthly web-based magazine, Forcing Change, documenting and detailing the worldview revolution underway – points of pressure, forces of change.

He frequently speaks to church groups, in conference settings, and occasionally teaches a modular course on Secular/Pagan Trends at Millar College of the Bible.

Carl’s book, Game of Gods: The Temple of Man in the Age of Re-Enchantment, was released in October 2018. 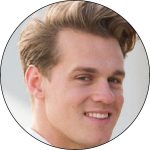 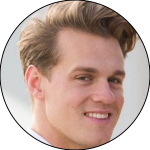 Nick Betzing is back again this year with his dynamic speaking and bold topics. His love for people and desire to see souls on fire for Christ is evident in his speaking.

Nick Betzing is a husband, Millar College of the Bible Alumni, and aspiring pastor. After realizing that his righteousness was a joke, and finding His righteousness to be in Jesus alone, Nick entered Bible College with hopes to further advance his Hip-Hop music career with theological lyrics. It was during these years that the passion to preach and shepherd supplanted any other aspirations, and where he received his greatest earthly blessing in meeting his future wife Nicole. He currently works as a landscaper. 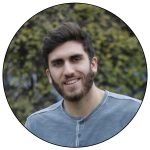 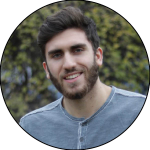 Isaac Mogilevsky is a homeschool graduate who is a passionate disciple of Christ with a real desire to inspire young people to follow Jesus. He is a speaker, writer, and filmmaker. In 2016, He began blogging and in 2018, he founded Daily Disciple Ministry with the goal to help people become authentic, inspired, and passionate disciples of Jesus, through resources like articles, videos, and more.

The Majesty of God: Trustworthy in All Things

Friday 10:30 am – Carl Teichrib
Why is God trustworthy? As we consider His magnificence and majesty, God’s trustworthiness becomes self-evident. And as we compare and contrast competing worldviews, including alternative “god claims,” the utter uniqueness of the true God becomes more pronounced.

One or Two? Deciding a World View

Friday 1:00 pm – Carl Teichrib
One-ism or Two-ism… or to put it another way, Oneness or Otherness: Which of these worldviews frame reality? How you answer this question determines your outlook on life, from ethics to morality, from religion to politics. Drawing on years of direct observations, we will unpack how this seemingly simple yet obscure question is of central importance. The choice is before you, and the consequences are staggering.

Friday 2:30 – Carl Teichrib
It’s inescapable! We are bombarded by Green messages on-and-from every level of society. But how do we develop a Biblical worldview of the environment? Where is our starting point? How does this compare to the world’s messages? Do we grasp the distinctions, and can we articulate a measured response?

Can You Trust a God Who Keeps Secrets and Says No?

Friday 4:00 – Nick Betzing
We will consider the gracious character of God as revealed in the Garden of Eden, and how the sin of our first parents relates to our day to day faith in Christ.

Saturday 9:00 am – Carl Teichrib
Art is more than decoration, deeper than entertainment. It moves our emotions: motivating, compelling, and inspiring. Moreover, art expressively reflects how we view reality, acting as a worldview prism – a lens through which beliefs, values, and meaning are imparted. Is there a Christian understanding of art? Are we able to spot the message behind the medium?

Can you Trust a God who is Violent?

Saturday 10:30 am – Nick Betzing
As we explore the fall of man in Genesis, we will consider how God’s plan for redemption is worth trusting, despite the world’s mischaracterization of a cruel and severe God.

Ambassador’s Calling: Being Truth Tellers in an Age of Uncertainty

Saturday 1:00 pm – Carl Teichrib
The Apostle Paul described living the Christian life as a soldier, a labourer, and as an athlete. Most of us, to some degree, grasp these comparative models. Paul also called us to be ambassadors. But what does this mean, and how is it expressed? You are an ambassador, representing a trustworthy God in an age of confusion and uncertainty – now let’s unpack your calling.

Looking for Success, Finding Wisdom: A Teen’s Guide to focusing on what matters.

Saturday 2:30 pm – Isaac Mogilevsky
What is your goal? What are you searching for in life? In a world obsessed with money, achievement, and worldly success, how are teens supposed to figure out what their goals in life should be? What does God want us striving for? In this session, Isaac Mogilevsky, a homeschool graduate, shares his journey of searching for success, finding wisdom, and learning to focus on what matters.